This is sort of an experiment and, like most true experiments, has the real potential to go horribly wrong. I’m sitting here pulling together some truly off-the-cuff thoughts in response to several articles and posts I read last night and this morning, and a brief yet compelling twitter conversation last night about reading and responding with romance scholar @DrLauraVivanco.

Laura has posted a beautiful meditation on questioning what we read, critical distance, and the challenge of being both a romance reader and a romance “wonk.” I am incredibly flattered to be mentioned in her post. I’m also grateful for the opportunity to talk more about these questions and issues — whether on twitter or on the various blogs where there is/are exciting dialogue(s) swirling around these themes — I’m thinking about Olivia Waite’s tantalizing introductory post for her month of posts about intersectional feminism and romance, for example – this was all over my tweetstream last night and promises some very interesting conversations coming in April.

Since my usual post-writing process is labored and slow, it’s a challenge to try and “think out loud” here in this space and kind of toss some more ideas at the wall to see if anything sticks. A lot of what I’m thinking about relates to the rich and challenging discussions earlier this week at DA and Vacuous Minx. I’m hoping I can throw out some additional thoughts and links too lengthy to put in comments threads, without irrevocably annoying anyone or blowing up this experiment in blurt-blogging.

But back to my conversation with Laura, who suggested :

…in a utopia perhaps there’d be an inclusive, egalitarian, non-fun-spoiling, yet still critical way of discoursing.

If I try to boil down my response to Laura’s questions, the reflections on blogging and reviewing floating around Romancelandia this week, and the issues I’ve been pondering since I indulged in my navel-gazing “big fat anniversary post”, I think it comes down to a quest for balance — can I love what I read and surrender to the reading experience, and still think and write critically about it? In her (much too flattering) comment on my post earlier this month, Jessie (@RomanceProf) asked

So my question to you is this: can you read a romance purely for pleasure anymore?

For better or worse, once I became that academic, my approach to any book was never the same. It always come bundled with the disciplinary training I spent years acquiring. There are a few moments when I’m reading when I get sucked in and forget how I read now, but those moments are sporadic; the academic reader in me always breaks through, and while that way of reading doesn’t ruin the “spell” of transportation, it alters it by making me aware that it’s happening.

I am also more mindful now of the social nature of reading. As a kid, reading was a solo act I did as a means to get away from people; now it drives me _to people_. Today, I often feel driven to discuss what I read with someone else, someone who has the expertise to challenge and enlighten me. You did just that for me many years ago, and while it wasn’t in an academic setting, the nature of our conversations was grounded in our academic training and a drive to find someone we could have that type of conversation with.

If I do want to have fun with what I read, and immerse myself in an emotional journey along with the characters, is “overthinking” and writing a critical response part of the fun, or does it spoil the fun? Our fun, or other people’s fun, if one asks too many questions in the wrong space? What about the pleasure of reading as a social practice, which many bloggers have noted can deepen the reading experience?

My response to Jessie, and to Laura, is another question… Does critical thinking take me out of the immersive experience, or is writing a long analytic response that interrogates the mechanics and messages of a novel actually another way I immerse myself? Perhaps I seek to have my cake and eat it too, and this is possible for me because I’m actually unschooled in formal literary theory (I was trained as an art historian) and I have sort of an a’ la carte approach to critical thinking… that is, while I derive great satisfaction from reading romances that challenge me, questioning my choices, and seeking deeper meanings and connections, I also reserve the right to read just for fun and to share and compare notes about what I think is fun and entertaining and engaging, without always going deep. I can’t be one or the other; I want to be both.

I see these questions about my own emotional connection vs. critical detachment as separate from, yet obviously related to, the parallel set of questions that have been surfacing about academic or “wonky” participation in the fandom and/or author space that is the online romance community. I guess I really do find myself hopeful about Romancelandia’s capacity to grow a space for the kind of serious discussions Olivia proposes:

The question I most want to answer is this: What does this book do as a machine? I want something more about symbols/motifs/mechanics than the reviews at Dear Author and Smart Bitches, but something more accessible than the high-critical work being done by IASPR and academic journals. And nobody’s itching to write that kind of criticism except me. So I’m stepping up. (oliviawaite.com / March 28, 2014 / Blogging from April A-Z: Intersectional Feminism and Romance Series!)

I think a lot of people will be happy to see this kind of stepping up! Yesterday I couldn’t believe it when I saw bulb tips poking up in my frozen muddy garden. And I see other spring-like signs of a kind of “in-between” space for talking about romance reading, especially as Sunita, and others in the amazing comments thread that’s still going at Vacuous Minx, look at ways to create more connectivity between and among blogs and readers who seek a similar middle ground.

I also think it’s useful in this context, though it came as very sad news to me, to look at what’s being said about the announcement this week of the demise of Television Without Pity. I especially enjoyed what Margaret Lyon had to say, writing at Vulture about TV criticism pioneered by TWoP:

TWoP certainly popularized the recap concept — which is now utterly pervasive across entertainment-based and general-interest sites — but it also introduced a new vein of what TV coverage entails. At one side of the spectrum is obsessive, effusive fan coverage, and at the other is formal, detached criticism. There’s a place for both of these things in the universe, of course, because man is meant to live in balance. What TWoP did is insist that television criticism could be both arch and informed, that you could watch a lot of Roswell, you could care about Roswell, and you could still think Roswell is dumb garbage. Prestige shows like West Wing or The Sopranos don’t get a pass just for being fancy — even a recap praising a fabulous episode still had jokey nicknames for people, or wry labels for various TV clichés. Many of the recaps are incredibly funny, but there are plenty that had serious ideas about storytelling or costuming or characters’ gender politics, too. (Vulture/ March 28, 2014 / How Television Without Pity Shaped Pop Culture)

Now I realize the phrase “dumb garbage” is going to blow this up as a parallel for romance readers. “Junk” TV is not the same as “trashy” books, right? It’s got a lot to do with who gets to use the terms, and as a literary medium romance has a much more problematic history with snobbery and perceptions of trashiness than does television. (Also, I’m not even sure I’ve heard of the show Roswell, but I’m addicted to reading TWoP’s Sons of Anarchy, Justified, Boardwalk Empire, and Idol recaps, so I’m taking this news kind of hard.)

But I do think there are useful parallels across fandoms in different genres and media, and I like the idea that there is space to insist that writing about what we love can be serious and fun, “arch and informed”, emotional and critical. And that critical “academic” voices can be welcoming, and welcomed, rather than distancing. Utopian thinking?  Probably. The balance may shift depending on the book(s) under review, and the context, but I like listening to the voices that have this kind of range, and I think they’re out there.

Now if only I could get my own reviewing juices flowing again and write about books I’ve actually been reading this month…! 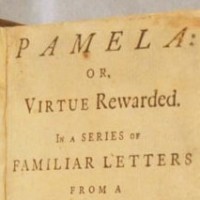