A final installment from the Lords Trilogy, In Which We Meet a Viscount in Love with Lord X, Gossip Swirls, and a Marriage is Forced

Badass: Ian Lennard, Viscount St. Clair – on the surface he’s a libertine with a wandering eye, but underneath lies a painful past, strong convictions, and a distinguished record of service to his country that it will take a VERY “tart-tongued, self-righteous spinster” to unmask.

Falls For: Lord X – no, it’s not m/m.  Gossip columnist Lord X is really Felicity Taylor, society architect’s daughter and penniless wielder of London’s most notorious pen. She may be more of a badass than Ian.  Pen mightier than sword, etc.

Hangs Out In: 1820’s London, where he has returned after a decade or so as an expat and (of course!) brilliant spy for His Majesty’s government.

Dislikes: Being forced to find a wife in order to gain his inheritance (but he’ll suck it up and make it happen once he encounters feisty Felicity.)

Badass Hero Moment: Forcing Felicity to the altar. She’s actually kind of annoying in staunchly and ridiculously insisting that marriage to Ian would be The Most Awful Thing. Ever.

(too) Frequently Described As: Brooding. 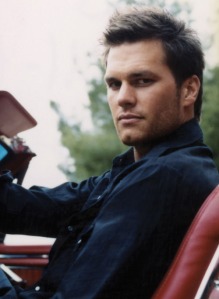 Is it a Badass Read?   This is the final book in a trilogy of Lords, and I was distracted by the appearance of the other two heroes, whose stories I had not yet read. My bad, for reading out of order. That aside, it was an enjoyable, quick read, buoyed by SJ’s characteristic deft and funny dialogue.  Although these are not characters that will linger everlastingly with me once I close the book, Felicity is slightly more memorable due to her bullheadedness. Both are variations of the Regency rake and bluestocking.  Honestly, I had a hard time remembering details about what Ian likes/dislikes to do with his time, other than the usual gentleman’s pursuits.  The most memorable characters in the book are the housekeeper Mrs. Box (and isn’t that the perfect name for a housekeeper?!) and Felicity’s younger brothers (think slightly older versions of the manic triplets from Brave!).

I quite like the rake/bluestocking trope, and I liked the attention devoted to conveying something about Felicity’s writerly craft.  She was the equivalent of an influential blogger with 1000’s of followers, and/or a power Twitter user. As a new book blogger and super newbie Tweet-er, I found myself quite sympathetic to her near-constant worry about finding sources (access) and material for her next post, er… column. While at the same time it’s clear she really loves her work and her writing.

What do you think? Are you up to here with rakes and bluestockings? Do you think this match-up is eternally popular with readers for transparent yet genuine reasons having to do with growing up bookish in a culture that celebrates beauty…? 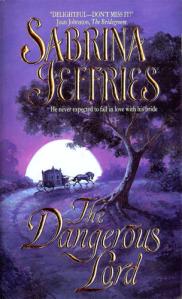 FORBIDDEN….. About Touching Things You’re Not Supposed To, and When Heroes are Better in Someone Else’s Story 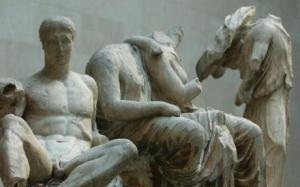 Name:  Jordan Willis, auburn-haired Earl of Blackmore; by day he crusades for social reforms in Parliament, by night he’s busy winning the affections of the bored wives and widows of the ton.

Story Recounted By:  Sabrina Jeffries, in The Forbidden Lord (1999)

Hangs Out In: Parliament, the British Museum, clubs, the opera (London 1819)

Dislikes: falling in love (but he does fall in the end, and there’s quite a lot of heat along the way!)

Badass Annoying Moment: Insists throughout that he doesn’t believe in love, that his heart remains untouchable and his desire for our heroine is purely physical, yet proves his emotions are deeply involved — and confused — when he’s all too willing to believe the worst of her.

(too) Frequently Described As: Controlled. 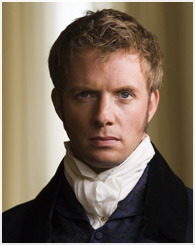 To Read Or Not To Read?  This is the middle book in the Lord trilogy, and, like the other two, it’s a bit of a romp, with occasional interludes of character development revealing painful histories and inner emotions.  A fun read largely because SJ does such a good job building the ever-intensifying sexual attraction between Jordan and Em(ma)ily. There are evil, scheming relatives and unsuitable suitors all over the place getting in the way of the HEA, but there is connection and chemistry to get them past these obstacles. Usually false identity “uncanny double” storylines are irritating because you can’t believe the hero/ine doesn’t realize the deception sooner, but in this case we get that out of the way quickly, which is a relief.  Blackmore is nothing if not keenly observant when it comes to women.

The odd thing is that I think I found Jordan more compelling, and even more sexy, as Sara’s ruthless brother in Book 1 of the Trilogy than in his own book, where his edge seems blunted by the plot device that drives the central conflict — his insistence that he doesn’t “believe in love” just comes off as annoying and repetitive.

This trilogy from a decade or so ago was reissued by Avon and I think if Steamy Regency is your thing, this fits the bill quite nicely. Lord’s sake, I could not stop reading in spite of it being neither the steamiest, nor the funniest, of its ilk!  (And I’m not sure why, but I think in this case I actually like the old cover better…)

Arrival, Exhibition and Early Reception of the Elgin Marbles in London, from APOLLO.

These iconic fragments of classical Greek sculpture were removed from the Parthenon in Athens in the 1790’s and brought to London. Controversy over this looting/appropriation/rescue (you decide) raged even then, and they were not displayed publicly until after 1816, but they remain in London today and the controversy over where they belong continues.  It could just be the erstwhile art historian in me, but the scene in the Museum where they’re alone together with their hands all over the freaking Elgin Marbles really got my attention. All that forbidden touching!!

Pamela Poll:  Who are your favorite secondary character heroes? Have you ever been disappointed when they seemed less Badass in their own book?

BONUS QUESTION:  Have you ever touched something in a museum that was off-limits?

Falls For:  Miss Sara Willis, righteous prison reformer and champion of female convicts, stepsister of the Earl of Blackmore. 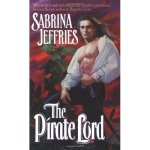 Hangs Out In/On: The high seas, aboard the Satyr; an uncharted island in the South Atlantic.

Likes: Flies a horn-y Jolly Roger, yearns for a mother’s love, dreams of a utopian colony, kidnaps a boatload of convict women to get things started.

Dislikes: Anyone with a title.

Badass Annoying Moment: The Atlantis/Utopia concept is so flawed it’s hard to take Gideon’s insistence on the kidnapping and forced marriages seriously.

(too) Frequently Described As: Thunderous. Taut. 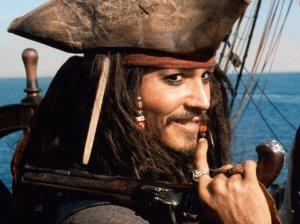 Not really, but it’s funny to think about.  I’m pretty sure the re-issue cover image is Avon’s attempt at a mash-up of Jack Sparrow-beadazzled style with traditional chiseled chest romance hero.

To Read Or Not To Read?  First and favorite in the Lord trilogy.  Somehow SJ mixes together pirates, convict ships, struggles for survival, and class conflict while keeping the whole thing frothy and fantastical.  Yet in spite of the fact that it lacks grit and substance (even the “mean” convicted prostitute is a pushover for Sara’s good nature, and the pirates are as tame as Disney — think Peter Pan or Pirates of the Caribbean), it works as a setting for Gideon’s and Sara’s character-driven story.  There are very nice secondary romances, and Sara’s determined and ruthless brother the Earl of Blackmore certainly got my attention as the future hero of the next book.

Information about St. Helena, the island SJ used as inspiration for the fictional “Atlantis” 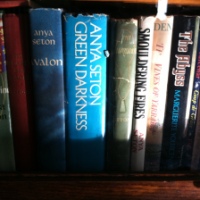 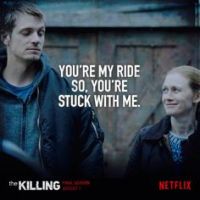